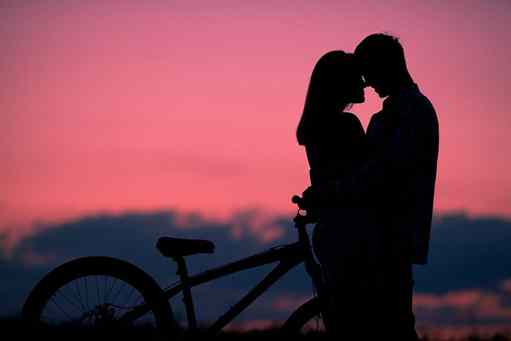 Many Chinese women, especially those over 30, are probably asked a million times, "Why are you still single?" They are also looking for an answer to the puzzling question, "Why am I still single?"

Well, the answer is kind of easy. Either you don’t like the people who like you or the people you like don’t like you back. Now, look at these two problems, which one do you think is easier to solve?

Well, we all know that you can’t force someone to like you. So, the easier way is to change yourself. That is exactly what my mother always encourages me to do when choosing a partner.

"Marry someone who likes you more than you like him. That’s the key to a happy marriage," she said.

Is that so? I wonder. Well, it might be easier for single women in their early 20s to change when they are still trying to understand who they are and what they want. If a woman chooses to be single in her 30s, it means she probably prefers to stay single rather than settling down with someone who doesn’t appreciate her.

"The girls of your generation are too picky nowadays," my mother always says.

My friend, 35-year-old Kay, is one of the picky "three high women" - higher education, higher salary and physically higher than most women.

She is looking for someone who is, of course, higher than her in all those aspects. Some people have suggested that she lower her standards, but she said she has been waiting for so long that she might as well continue waiting.

Like Kay, many of my single friends said if the guy is not "good enough," they prefer to stay single. They know what kind of person they are looking for, and they are not willing to compromise. They have a higher education and financial independence so that they can avoid marrying someone they don’t like.

Another of my single friends, Yanyan, bought her first apartment five years ago. We all thought it was a bad idea for a single woman in her late 20s to buy an apartment because it would decrease her chances of finding a man.

"If he feels threatened by me, then he shouldn’t bother dating me," she said.

I agree with her. It is easier to marry someone who has a house and a car than someone who loves you the way you are. Many married women complain that they are not happy with their husband. It’s probably because they wanted his house and car but not him.

If most women choose to stay single because they don’t want to compromise, then here comes another question: "How can I make him like me?"

Honestly, I don’t know. If I did, I wouldn’t still be single. But I do know the best thing you can do is to be more comfortable with yourself.

You are not looking for your other half; you are a complete person.

So, if that person doesn’t like the way you are, he is probably not worthy of you.